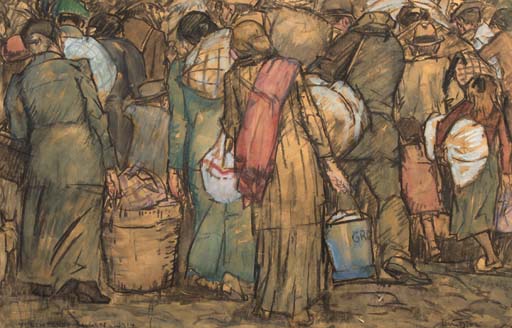 I’ve been obsessively following the back and forth about the refugee ban. I have plenty of personal reasons why I’m opposed to the ban. But I’ve also been seeking out solid research on the topic. I think it’s worthwhile to share some of the best I’ve found.

First, I explored evidence on the real risk refugees pose. A Cato Institute study found that an American’s chance of being killed by a refugee is  1 in 3.64 billion. That study concludes the following:

Foreign-born terrorism on U.S. soil is a low-probability event that imposes high costs on its victims despite relatively small risks and low costs on Americans as a whole. From 1975 through 2015, the average chance of dying in an attack by a foreign-born terrorist on U.S. soil was 1 in 3,609,709 a year. For 30 of those 41 years, no Americans were killed on U.S. soil in terrorist attacks caused by foreigners or immigrants. Foreign-born terrorism is a hazard to American life, liberty, and private property, but it is manageable given the huge economic benefits of immigration and the small costs of terrorism. The United States government should continue to devote resources to screening immigrants and foreigners for terrorism or other threats, but large policy changes like an immigration or tourist moratorium would impose far greater costs than benefits.

Pew Research also put out a few useful fact briefings. The number of total refugees from all countries last year was pretty low, capped at 110,000 per year under Obama (and that was the highest number since 1994). And the screening process took 18 to 24 months. Here are Pew’s other points:

1. Historically, the total number of refugees coming to the U.S. has fluctuated along with global events and U.S. priorities.

2. The U.S. admitted 84,995 refugees in the fiscal year ending in September 2016, the most in any year during the Obama administration.

3. In fiscal 2016, the highest number of refugees from any nation came from the Democratic Republic of Congo.

5. California, Texas and New York resettled nearly a quarter of all refugees in fiscal 2016, together taking 20,738 refugees.

6. The U.S. public has seldom approved of accepting large numbers of refugees.

The numbers in the U.S. pale in comparison to the 1.3 million refugees who flooded Europe in 2015 (which Trump supporters are pointing to as a reason for his order). Turkey has more than 2.5 million Syrian refugees. Lebanon has 1 million. In mid-2015, the United States ranked 75th for refugees per 1,000 inhabitants.  Trump has now lowered the number per year to just 50,000 for all refugees (that’s on top of the ban).

Also, there seems to be many more pressing risks of violence in the United States. According to research from Charles Kurzman and David Schanzer, since 9/11, white-supremacists and right-wing extremists actually committed more domestic terrorist acts than radicalized Muslims, though attacks by radical Muslims killed slightly more people. Yet no one is proposing we detain white supremacists to protect the country.  And no attacks have occurred from refugees coming from the countries Trump banned. The San Bernardino shooter was born in Chicago, to Pakistani parents. The Pulse Nightclub shooter was born in New York, to Afghan parents. The Boston Bomber was born in Chechnya.

The data doesn’t back up this ban.